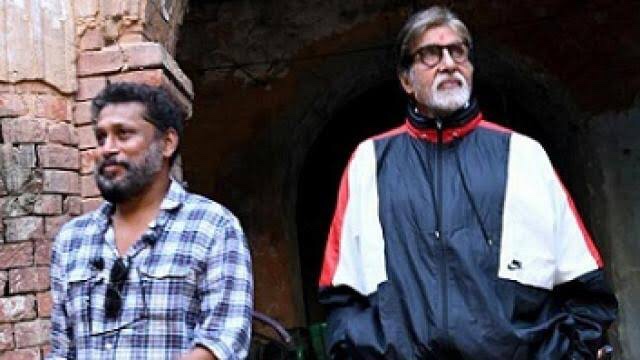 The first look of Amitabh Bachchan from his upcoming film Gulabo Sitabo is out. Directed by Shoojit Sircar, the movie also stars Ayushmann Khurrana in the lead role. In the first still, Amitabh is almost unrecognisable and the look is quite interesting.

Big B had earlier shared on Twitter, “One done another begun. Travel, location change, look change, crew change, colleagues change, city change and story change. From Lucknow today Gulabo Sitabo and the look? Well, what can I say…”

Gulabo Sitabo is set in Lucknow and is a quirky family comedy penned by Juhi Chaturvedi, who has earlier written films like Vicky Donor, October and Piku.

The 76-year-old actor, who is shooting for the film in Lucknow, plays the role of a landlord in the film. After Paa and 102 Not Out, this is another high-on-prosthetics look for Big B. “When Shoojit showed him the look sketch, he was excited to work on the film, taking it on as a new challenge. He is required to sit down with the make-up team for hours before starting the shoot. An international crew has come on board to work on the appearance,” a source said.