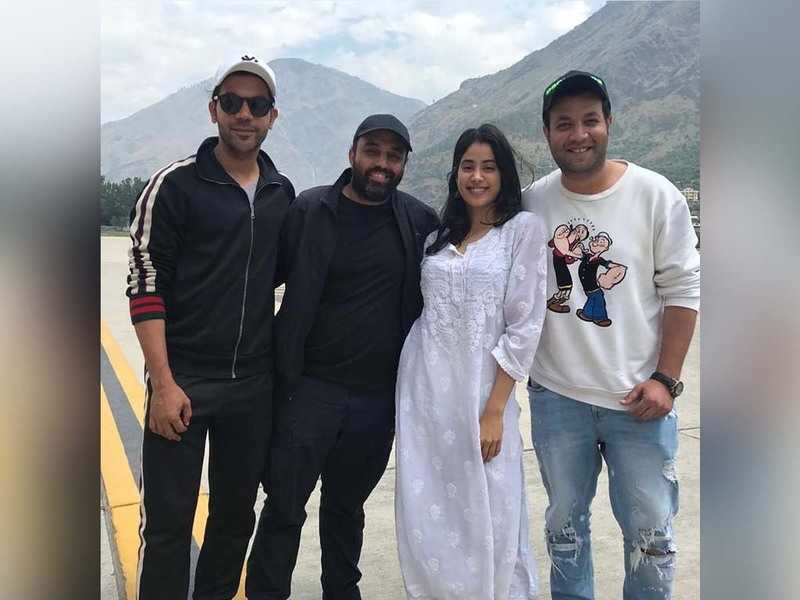 Rajkummar Rao and Janhvi Kapoor are currently shooting for their upcoming film ‘RoohiAfza’ in Uttarakhand. Pictures from the sets of the same have been doing rounds the town.

And now, another picture from the shoot has surfaced over the internet. In the photo, Rajkummar, Janhvi and Varun Sharma can be seen posing for the camera. They are all smiles for the picture. Rajkummar is wearing an all-black attire while Janhvi opted for a white dress and on the other hand, Varun is donning a casual outfit.

Backed by Dinesh Vijan, Mrighdeep Singh Lamba, ‘RoohiAfza’ is being directed by debutant Hardik Mehta. It will hit the theatres on March 20, 2020.